As the Russian Ambassador to Budapest Yevgeny Stanislavov stated in an interview with Izvestia newspaper, due to the loss of the Russian market, the foreign tourist flow to Hungary decreased by 10-15%.

According to him, after the termination of direct air communication with the EU, the flow of tourists from the Russian Federation has significantly decreased. What seriously affected the state of the Hungarian tourist sphere: Russians were among the most generous guests of Hungary and ranked third in terms of spending on vacation in the country.

So, at the beginning of this year, the number of overnight stays of Russians in hotels in Hungary averaged 55,000 per month, and since March this figure has not exceeded 5 000 — 6 000 .

Geothermal resorts suffered more than others. The famous Budapest baths alone have lost about 311 million forints (47.5 million rubles) since the beginning of the year. 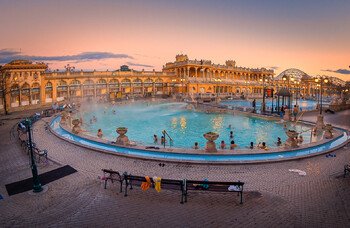